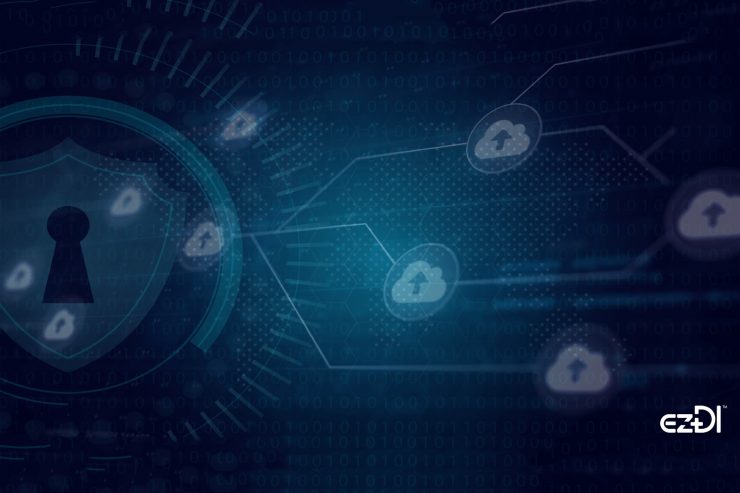 No longer can you secure the perimeter or a centralized core and trust that nothing will get in or out. Effective security depends on an in-depth strategy – from the core to the edge.

The breathtaking pace at which everyone and everything is becoming connected is having a profound effect on digital business, from delivering exceptional experiences to ensuring the security of your customers, applications, and workforce.

Consider this: There are over 20 billion connected devices and more than 2 billion smartphones in use today. Gartner predicts that by 2022, $2.5 million will be spent every minute in the Internet of Things (IoT), and 1 million new IoT devices will be sold every hour.

No longer can you secure the perimeter or a centralized core and trust that nothing will get in or out. Effective security depends on an in-depth strategy – from the core to the edge – that enables you to protect your most valuable assets by implementing proactive protection closer to the threats and far away from your end users.

The Evolution of a Digital Topology
Centralized computing systems were never an extraordinarily efficient or cost-effective way to process huge volumes of transactional data for throngs of online users concurrently. The search for more engaging experiences at digital touch points paved the way for cloud and distributed computing to exploit parallel processing technology in the marketplace.

This worked for a while, until streaming video and other rich media became the norm across the Internet. Users had very little tolerance for glitches or latency. The problem is, dragging every experience back and forth to a centralized cloud doesn’t resolve the critical issues of capacity and traffic pileups.

It’s one of the great misconceptions of the Internet that “the last mile” is the bottleneck. The issue instead lies within the cloud data centers and backbone providers, which typically only have a few hundred terabits-per-second capacity – not enough to deliver the kind of experiences or security your customers expect.

The demand for more real-time business moments between things and people at digital touch points is pushing us all toward the edge – which is a good thing. It’s already expanding business opportunities and fundamentally changing how we live, interact, shop, and work.

It’s also forcing businesses to adapt, either by pushing faster development, becoming more agile in their processes, favoring faster features over perfect features, or all three. The problem is, security teams aren’t currently set up to handle this kind of disruption on top of the need to monitor, develop insights, and adapt processes based on soak time they simply don’t have anymore.

All the while, attacks continue to grow and target with more precision. Trust based on a single network location is no longer enough.

Enter Security at the Edge
Security at the edge is an approach to defending your business, your customers – all of your users – from security threats by deploying in-depth defense measures closer to the point of attack and as far away from your assets (your people, applications, or infrastructure) as possible. Security at the edge allows infosec pros to address three critical security imperatives:

1. Scale: We live in a time when attackers hold unprecedented power, and there’s simply no way to summons the capacity you need to defend yourself in a data center. Even the largest cloud data centers can be overwhelmed by the attacks we’re seeing. And even if it was physically possible to equip the cloud data center with enough capacity, the cost would be prohibitive.

This is becoming an even more widespread problem with the rise of IoT. There are now billions of devices connected at the last mile, with powerful CPU and little or no security.

The only way to prevent this is by intercepting the enormous volumes of attack traffic at the edge, where there is the capacity to mount a viable defense and stop attacks from reaching and swamping your data centers.

2. Intelligence: It’s now imperative that you protect applications and APIs deployed anywhere –in your data centers or in the public cloud – with DDoS protection, Web app firewalls, and bot management. An intelligent defense strategy has become more important as more people than ever are accessing your apps through APIs from mobile devices. What’s more, the millions of bots being deployed by malicious actors are becoming extremely sophisticated at evading traditional defenses.

But protecting your apps, APIs, and users is about more than just capacity. It requires cutting-edge threat intelligence. Threat intelligence should leverage a multilayered approach of machine learning and human intelligence, where both data scientists and algorithms perform statistical, trend, and pattern analysis of structured and unstructured data to identify and mitigate new attack vectors before anybody else. The key is that this is all happening at the edge – closer to the attack point and farther away from you and your end users.

3. Expertise: Nothing tops human expertise. Not only do you need the network capacity that the ever-growing threat of volumetric DDoS attacks demand, but you also need the expertise to understand what the data, patterns, and anomalies are telling you.

Along with sophisticated technology and a security at the edge approach, industry experts are capable of helping you make sense of the threats you face every day. And as you know, attackers never sleep. The only response: always-on, 24x7x365 monitoring, scrubbing, and DDoS mitigation services.

As nearly everyone and everything gets connected, the data required to function in the digital world risks not only being congested in the core but, even worse, caught up in large-scale cyberattacks. And cloud data centers are struggling to keep up.

Delivering engaging and glitch-free digital business moments securely is the heart and the backbone of everything your digital business stands for. And in spite of how remarkably the Internet has grown and evolved over the past 20 years, the most dramatic digital experiences are yet to come.

As a result, the world is now realizing just how important a security-at-the-edge strategy can be –one that brings users closer to the digital experiences and knocks down attacks where they’re generated. One that breeds trust and puts the confidence and control back in your hands.

Learn More About Managed Security
PrevPreviousStopping stalkerware: What needs to change?
NextMalware Coming to a Mac Near You? Yes, Say Security FirmsNext